Bitten by the Treasure Bug

The big steel cage clangs shut behind me as I step into the shadows of what appears at first to be nothing more than a garage. My eyes adjust from the bright sunlight to the shadows that are here. I soon see this is much more than a garage – instruments of science are carefully laid around on tables covered with tagged artifacts. The air is hot and still, the wall behind me is open to the outdoors through steel bars that guard recovered treasure.

I have entered the preservation section of the Mel Fisher museum in Sebastian, Florida. Bill is working on preserving treasure that was brought in yesterday – silver coins found somewhere along the “treasure coast” of Florida. When I ask where, the room becomes silent and Bill gives me a tight lipped smile, I’ve obviously misspoken. I change the subject and ask how he got into the treasure business – how he came to meet and work for the famous Mel Fisher…

It’s the mid-sixties and Bill is working for a dive submarine company repairing the subs. He gets the call to travel to the Carribean as part of a support team working on a dive.  Mel and a crew are diving on a ship wreck there.

Bill grew up diving, and Mel was one of his heros, so he was really looking forward to meeting him. However once Bill arrived on the scene, he quickly realized that he wasn’t even going to come close to his hero. His job was to hang out on the shore in case something went wrong with the sub – not to hang out with Mel.

Bill filled his time doing what he loved, diving, drinking, and chasing girls. He told me that one day he was working on the sub on the bottom when he looked to the side and saw something that would change his life. He reached over and picked up a flat black “rock” and put it in his pocket – finished repairing the sub and returned to the surface.

What Bill found in his pocket was a gold Spanish coin, a “pieces of eight” coin. A little scrubbing revealed the gold underneath. That moment completely captured his imagination. He didn’t even care what it was worth, just the fact that he had a coin that had been made 300 years earlier was all it took to hook Bill. He called his job and quit, and began a life of diving on some of the most famous treasure sites in the world. 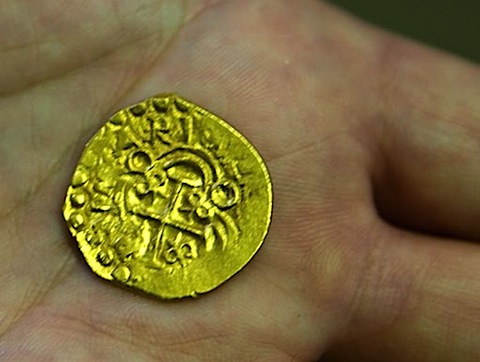 He met Mel, became one of his trusted friends, and worked with him through the end of Mel’s life. Now Bill still works in the preservation section of the foundation that Mel started. In the Sebastian museum you’ll find a photo of Bill draped in part of the gold that he helped find as a diver on the Atocha Expedition. A recovery that brought up over 40 tons of treasure valued at over $500 million.

It’s hard to get Bill to talk about all of that though. He’s a quiet guy, and when I met him he was more interested in his work than he was in chatting with me about the past. He has an air about him of a guy who has seen a lot of the world, yet still quietly observes and learns from what he sees around him. 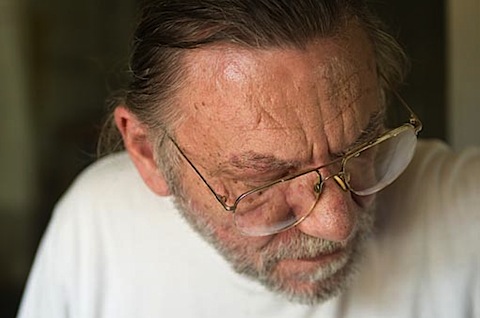 I learn from him that recovering treasure is tedious work. Tedious to find the wrecks, tedious to recover the treasure, tedious to work your way through the claims that governments put on the treasure you find.

Bill is part of a foundation that works with the State of Florida. He cleans up the treasure, and by law, sends a report to the State of what has been found. The state then sends the list back with check marks next to the 20% that they claim right off the top.

Today Bill is tracing the coins onto a piece of paper, recording their tag number (tag numbers are linked to exact coordinates where the coin was found), and prepares the coins for a bath in a small reverse osmosis tank. The bath carefully dissolves 300 years of build up leaving the original shiny silver coin.

He tells me that day on the bottom of the Caribbean is when we was bitten by the “treasure bug”, other people in the museum laugh a knowing laugh. I think every one of them has been bitten at one time or another. I can tell by the spark in his eye, he couldn’t imagine a better life.

The steel gate clangs shut behind me once more as I go my way. I look to the ocean in the distance with a new appreciation, and wonder what lies underneath.

The ocean shots in this video overlook the places where the 1715 fleet sank. There are two reefs that are very dangerous to large ships I found after I had shot this video.