You know, sometimes life just hands you something good. Right out of the blue… SMACK… something so amazing that you can’t even imagine it until it happens.

Like one day when I was walking to school – wonder if that was the third or fourth grade – and there, laying on the ground in front of me was not one, but two Hot Wheel dragsters. A white one and a blue one! Man I loved those cars. As I think back on it now I wonder if it was the cars or the completely surprising and delightful way those cars came into my life that made them so special to me.

Phyllis had a day like that a couple of years ago too. 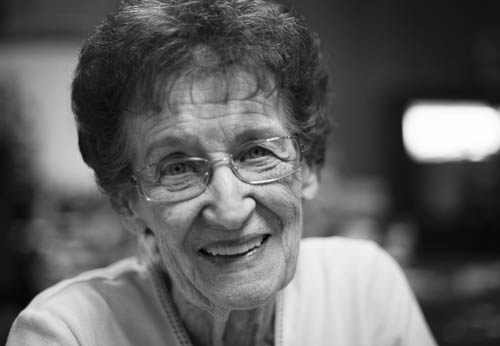 I met her in a place where time seems to have stopped. I swear it’s like stepping back 45 years walking into this place. The first thing I’m aware of is the 12 bowling lanes in front of me, they almost have a yellow tinge to them, like looking at a warmly nostalgic photograph. The smell of hamburgers on the grill is faintly in the air, and I’m surprised to see how many people are in the grill area at noon on this summer weekday. Behind the counter there’s two TVs. One that is the exact TV we had in my living room when I was a kid. It’s obviously dead, but a newer set sits next to it. The Cartoon Network is playing on it’s yellowed screen–a 5 or 6 year old boy sits on a stool in front of it, watching with his back to us. 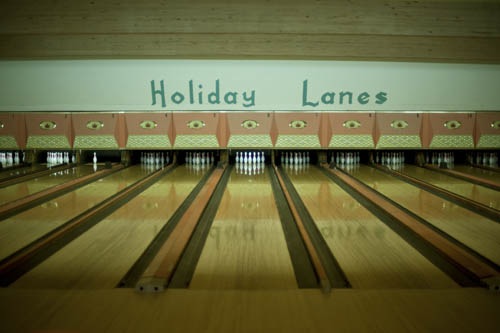 Phyllis is there, asking us what size shoes we need. We find out that the boy is one of her many great grandchildren.

Her dad bought the place back in the early 60’s, and ran it for a few years. Then he got tired of the harsh Utah winters and started heading for Arizona for half the year… he left Phyllis in charge during those times. When he got older he simply gave the bowling alley to her. She’s been here ever since. “What else would I do with myself?” she asks as she hands us our shoes. 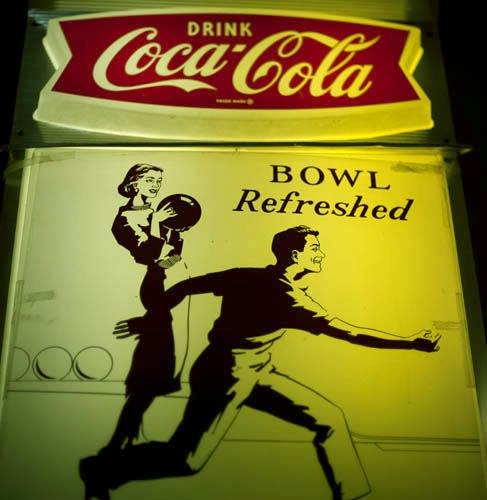 I notice a photo of her in graduate robes on top of the TV (the one that doesn’t work) and ask her if she’s recently graduated from college.

She smiles proudly and tells me that she did, back in 2009. I congratulate her warmly, happy to hear that she’s one of the non-traditional students working late in life to fulfill a dream.

Oh no, it’s not like that at all she tells me. One day in the spring of 2009 a man came in from UVU and asked for her by name. He told her that they wanted to give her an honorary doctorate degree. She thought that would be ok so a few months after than she attended their graduation and they gave her one, Phyllis tells me matter-of-factly.

Surely there’s some great lifetime volunteer effort she’s been a part of, some small on-going thing that the bowling alley has done to promote education, SOMETHING that would bring her to the attention of the university… they don’t just hand these things out to anybody… do they?

If she’s done something remarkable she’s not telling. I pushed and redirected and asked several times to try to get her to tell me – but she insisted that they simply had the degree that they needed to give to someone, and she was chosen. That’s all she knows. The real honor for her was she accepted it the same year they gave one to President Monson of The Church of Jesus Christ of Latter-day Saints. She thought that was pretty cool.