My dad was a bit of a miser. You know, a cheapskate. To his credit he did start working to pay the bills of his household when he was twelve years old. First a paper route and then other jobs including a stint in the Army. Money wasn’t a frivolous thing ever – it was never for fun, it was serious business.

I remember one day my siblings and I were dying!! We needed ice cream STAT!! So we went to him pleading our sad case and pointing out that cones were only $.15 at the local burger joint – ANYBODY could afford four kids at $.15 each! He declined – there just wasn’t enough money this month he said. And we were dismissed.

I went into the living room on my 8th birthday and there was a Schwinn Stingray! I could hardly believe that bike leaning on it’s kickstand was mine! I wanted a bike so bad! But this was too much – it overwhelmed my eight year old mind – and I think my first sound after the shock of it all was “WOW Dad, How much did this Cost?!!!”. Yes, I had been indoctrinated well. I felt a little bad that he had spent so much money on me when an ice cream cone was a stretch.

So an eight year old with a new bike – can you guess what happened next? Maintenance! And plenty of it – it started with flat tires (we lived in sticker bush central it seemed) and then other things to fix as my new bike caught the attention of a school yard bully. He seemed delighted to take it from me to wreck it… my beautiful bike rammed into a brick wall while his cronies held me and made me watch…sigh. The trials of youth. I’ll tell you that story another time.

Nevertheless I was often the owner of a bike that didn’t run! Of course you know who I’d take it to…One of my dad’s mantras was “oh, I can’t fix anything, I’m all thumbs when it comes to tools” . So just ask for money to pay the bike shop to fix it. Right? hah! I knew better than to even ask.

So I learned to fix it. It wasn’t that hard, but there were a few sticking places – I learned as I went–mostly by mistakes. But I kept the bike functioning and ridable. Sometimes I would gather pop bottles to recycle for money for tubes and goosenecks and other miscellaneous parts. I made it work, and I was really proud of that bike because it was my best friend in a lot of ways – we had learned a lot together on many different levels. My financial creativity got a good start there – it served me well in business twenty years later as I ran my own freelance art studio.

I grew up with the saying:

Use it up, Wear it out, Make it do, Or do without. Keeping that bike running and many other opportunities to work for Dad made that saying a part of who I am. 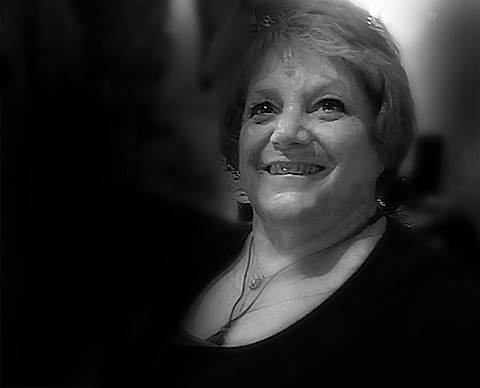 Kathy is the grandmother of 13 grandkids – and several great grandkids! I didn’t think she looked old enough to be a great grandma. And she doesn’t. She married at 16 – but that’s a story she didn’t tell me.

One day not too long ago she was pushing a lightbulb into a sock. Her grandkids were so curious why someone would ever do that! I’ll bet you know–don’t you my internet friend? Why would Kathy be pushing a light bulb into a sock?
She pushed it clear to the toe of the sock and the white of the bulb showed through the hole in the sock. Kathy paused her story and held up her fingers to show the size of a dime as the size of the hole in the sock. She took a needle and thread and started sewing the hole shut – she was darning the sock.

“WHAT ARE YOU DOING??” the grandkids were horrified at the answer “i’m fixing the hole in this sock” Kathy said.

Grandma! You don’t fix that! – you throw the sock away!! They instructed her. They were quite sure she was doing it wrong. She took a minute to try to teach them – she said, “but the hole is so small, and the sock is this big. Why throw all of that good stuff away just because of one small thing that can be fixed so easily. Besides it only takes me 5 minutes to darn the sock.”
They sat and watched her darn that sock – trying to talk her into throwing it away the whole time. I could tell she was proud of that small accomplishment – fixing that sock instead of giving in to the pressure of her grandkids.

She paused her story and looked at me and said “use it up, wear it out, make it do, or do without”. BAM – we were connected – I told her I was raised on that saying and she said she’s from that same generation – and she kind of feels sorry for the “throw it away” generations that are following us.

My conversation with Kathy, seeing how important these concepts are to her still… brought my thoughts back to that stingray and all the other bikes I’ve built and maintained over the years since. I thought about the gardens my dad would plant and then make me weed – and how excellent that food tasted when the harvest started coming in. As I thought about it later I realized I was remembering the sweet taste of “make it do or do without”.

I’m with Kathy – there is value in working with your hands far beyond any monetary savings. I feel a little sorry for those who make it to adulthood not knowing that sweet feeling of having “made it do”. Fixing stuff rocks! I hope they get to learn that – all of the kids in the latest generation…

I hope their dads take them for ice cream every now and again too.

I’m so grateful for a dad that took his thrift and work ethic and taught me – whether I wanted to learn it or not. Grateful. Thanks dad.